During the late 1980s, as the Soviet government and economy were crumbling, the KGB survived better than most state institutions, suffering far fewer cuts in its personnel and budget. The agency was dismantled, however, after an attempted coup in August 1991 against Soviet leader Mikhail Gorbachev in which some KGB units participated. 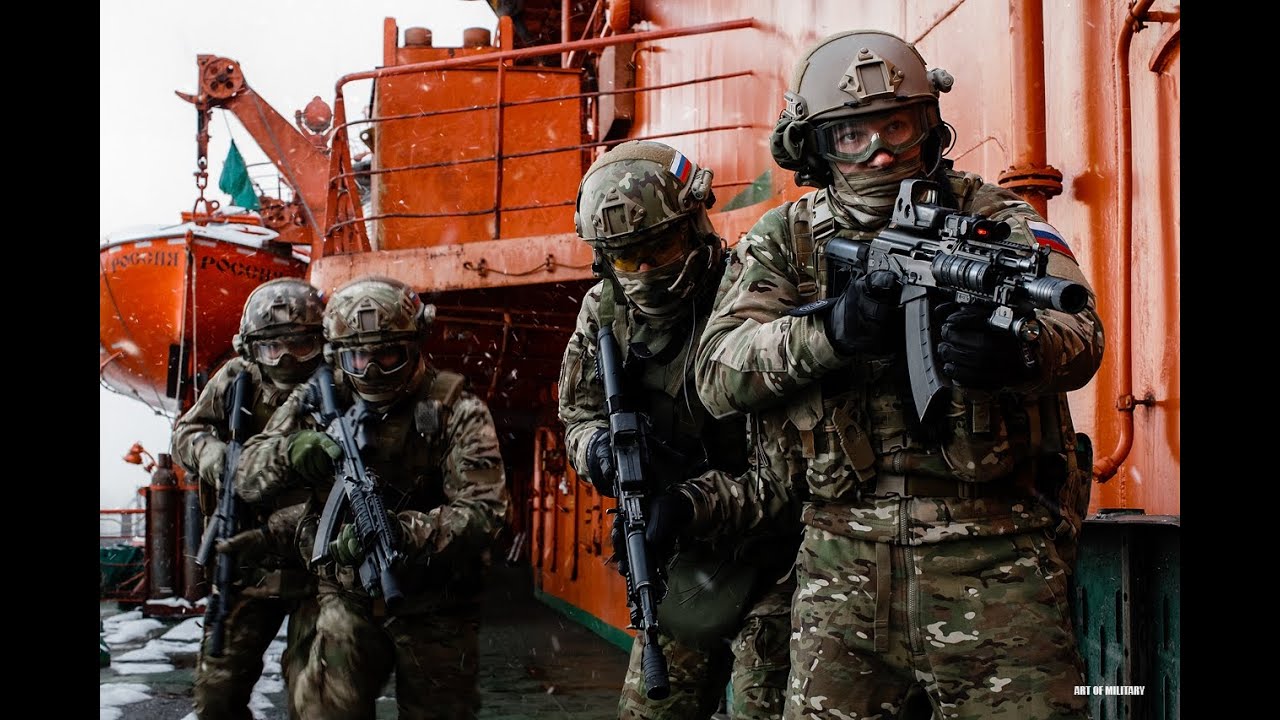 In early 1992 the internal security functions of the KGB were reconstituted first as the Ministry of Security and less than two years later as the Federal Counterintelligence Service (FSK), which was placed under the control of the president. In 1995 Russian President Boris Yeltsin renamed the service the FSB and granted it additional powers, enabling it to enter private homes and to conduct intelligence activities in Russia as well as abroad in cooperation with the Russian Foreign Intelligence Service (SVR).

The AK-105 is a modern short carbine variant of the AK-74M. Full-sized assault rifle in 5.45x39mm with a “balanced action” system for much better recoil control and accuracy. Almost identical to the AEK-971. But enough about them in general, let’s look at the FSB Team Alpha Custom AK-105 AEG by Dave’s Custom Airsoft.

In recent times the shop has become world famous for building some of the best FSB Team Alpha AK platforms, based on many AK AEGs. Due to this popularity they came up with this FSB Team Alpha AK AEG based on either an LCT / E&L or CYMA AK-105. You can select which base rifle you would like from the store prior to ordering.

The aim was to create an excellent quality, highly realistic yet affordable rifle platform based on the latest FSB specifications so that customers can purchase this rifle without having to go to all the work and hassle of building one themselves, or, without having to contact a specialist and arrange a build, saving them time and effort. Also, it was decided that offering these as complete rifles at 20% less than the overall cost parts would be should you buy them separately, again saving both time and money.

The rifle pictured is mounted with a 553 (XPS) Holographic Sight and RVG which are not included with the rifle but can be added in the store menu amongst other accessories placed there to make it easier for you. This leaves you free to accessorise and customise your rifle as you see fit.

These rifles are wired to the top receiver and the battery can be housed inside the forward trunnion and along the underside of the top cover, there is ample space for a stick or long stick type lipo battery. These rifles come as standard with mini-tamiya connectors, however, you can select the connector type you want on the store page as well, all connector types are free of charge and come fitted.

You can also select a range of internal upgrades above should you wish, these are charged at cost of parts with free fitting, so you get your rifle just as you want it right out the box, no research as to what fits and no fiddly labour time required, leaving you all the time to go out and play Airsoft.

All in all, the FSB AK is a very good package considering the amount of experienced custom work has gone into a pre-fabricated product with all the sourced materials already being provided. If there was more that you would want to add to your rifle, the store would be more than capable of meeting those requirements.

Don’t forget that Dave’s Custom Airsoft shop not only provides an easy finance option but can cater to numerous custom options and already caters to many simple online options which allow for a quicker online only order.

If you have any ideas or comments about custom AEG builds that you would like to talk about, please let us know in the comments below.

How to choose Night Vision Equipment for Airsoft

5 Sniper Rifles For Beginners That Don’t Break The Bank